So whats normal? I don’t think we ever going to have a “normal” week as long as we live on the boat… because you never know what’s going to happen. Thats the beauty of living in the now…and on the boat….

So what have we been up to this week, well… WORKING on the boat! Surprise!

Like a told you before, we been ordering a lot of things for the boat. And during the two weeks on the hard we been receiving a lot of the things we ordered. We got a new anchor , anchor-chain, lights, bilghe pumps, lamps, lifejackets for the kids, solar panels, sails, ect. 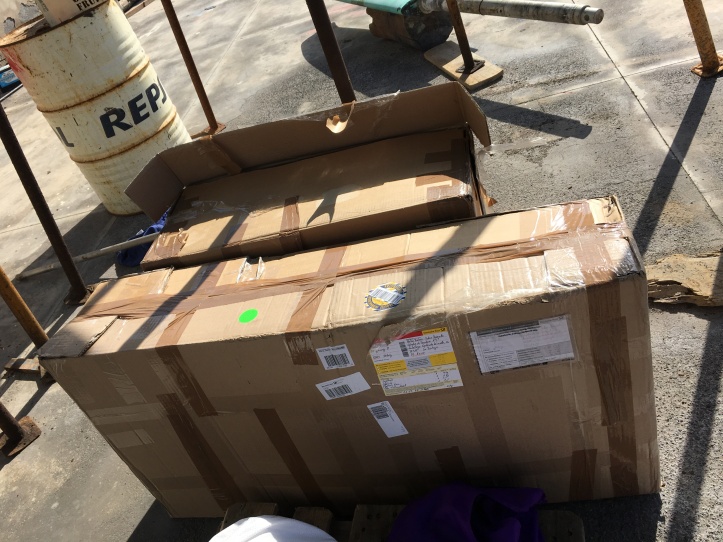 The big one here is the SOLAR PANELS! they are huge and we going to have a lot of power! We got two panels at 210W each! But for this we will have to build a frame for them on the back of the boat! This is a huge job and first we where thinking of doing something provisionally till the Caribbean. But we made a friend here named Daniel, who is a french sailor that used to own a boatyard in his early years, and he knows all the tricks and has all the tools. While talking to him one day, Markus mentioned what we needed to do, and he is going to help us do the frame for the panels plus a lot of “little” jobs on the boat! Its hard to find a persone her in el Hierro that dose professional work on boats, so we are very lucky to have meet Daniel!

So that’s whats going on right now on the boat and while Daniel and Markus do boat work, I have to keep away from the boat and go play with the kids!

Its not an easy job that either and im lucky to have help from Lena and Luca, a french couple with a little girl named Pia who is almost 3 years old, and Kai’s big crush!

We been ending up on the beach almost every day, and its so nice for the kids to play in the sand and water! Kai has his toys that he got from his abuelita (grandma) that he loves playing with and of course he loves to play with Pia’s toys as well. Alizé spends time on a big blanket that we bring along but for the last 2 days she’s eager to play in the sand! 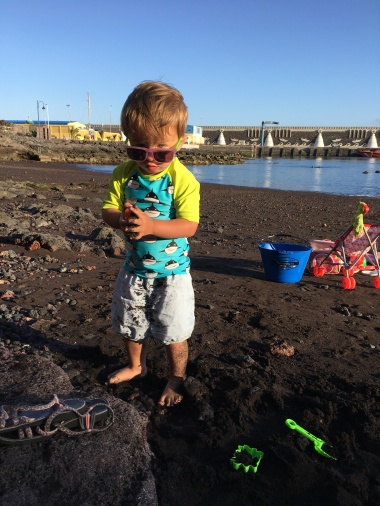 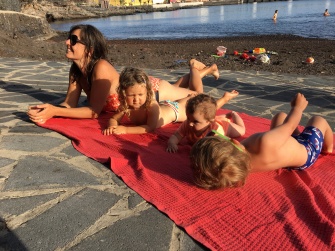 They are truly having a wonderful time.

Pia is a wonderful little girl and Kai is truly in love with her! He wakes up in the morning and the first things he say is “Pia, Pia!, Kai Pia, barco (boat)!” It took a little while before Pia wormed up to him, as there is a the language barrier and Kai was also a little to rough at the start, wanting to hold her hand and she didn’t want to, hugging her when she didn’t want to and so on.. hahaha… But now they are playing nicely most of the time, they got to know each other better and now there are days when Pia wants to invite Kai to her boat to play! ❤

The other day on the beach Alizé made a little friend, another little girl named Pia from Germany. She was 8 months old and crawling all over the place the little cutie pie! The family where on vacation for some weeks and where checking out la Restinga, we spend some time together playing and talking and they were so nice. The last day, they gave Alizé Pia’s little UV beach dress, as Alizé didn’t have one, and they where going back to Germany where they don’t need one.  I was so happy and thankful, because I been trying to find her one but hadn’t found one anywhere! 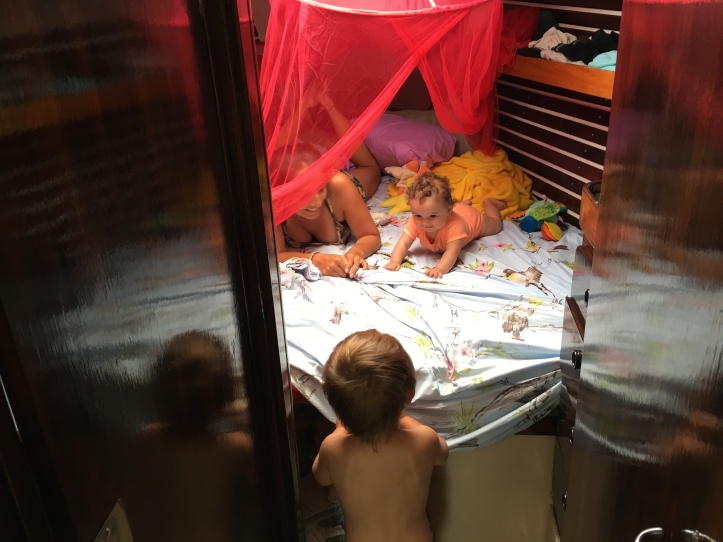 Days pass by so fast and we try to enjoy as much as we can, even doh it gets hard sometimes. I have days that I just feel “WHAT HAVE WE DONE?! Why do we have TWO kids!” “I can’t do this anymore!!! ” It just get’s overwhelming. One day at the beach I was alone with the kids and was ready to go home. I had Alizé in the baby carrier and had to shower Kai, as he was full with sand and saltwater! He didn’t want any of it, and he started screaming and fighting me and suddenly he was running away from me! I can’t run fast as I have Alizé on me, and he is so fast now! He was running on the dock and it was full with people and they where all looking and laughing at me! I was exhausted and so angry that he wasn’t listing to me when I called him and telling him to stop right away. When i finally got him i brought him back to the showers where i left everything a mess sat him down, and to not start telling him of so people wold understand me I told him of in Swedish!  I never done it and Kai was completely shocked! I wasn’t screaming or anything at him, but just telling him of with a determine and authorised voice. He sat down and cried a little took a shower with no fuss and they waked all the way back holding my hand! WOW! that never happens!!! So ye.. it’s not always easy… and some days i feel like i just want to quit, but then you get the smiles, the hugs, the kisses and you forget everything that was hard! my little monsters, i love them so much.

Well i keep you updated on the progress, and hopefully in a week or two we be back in the water!!!!! 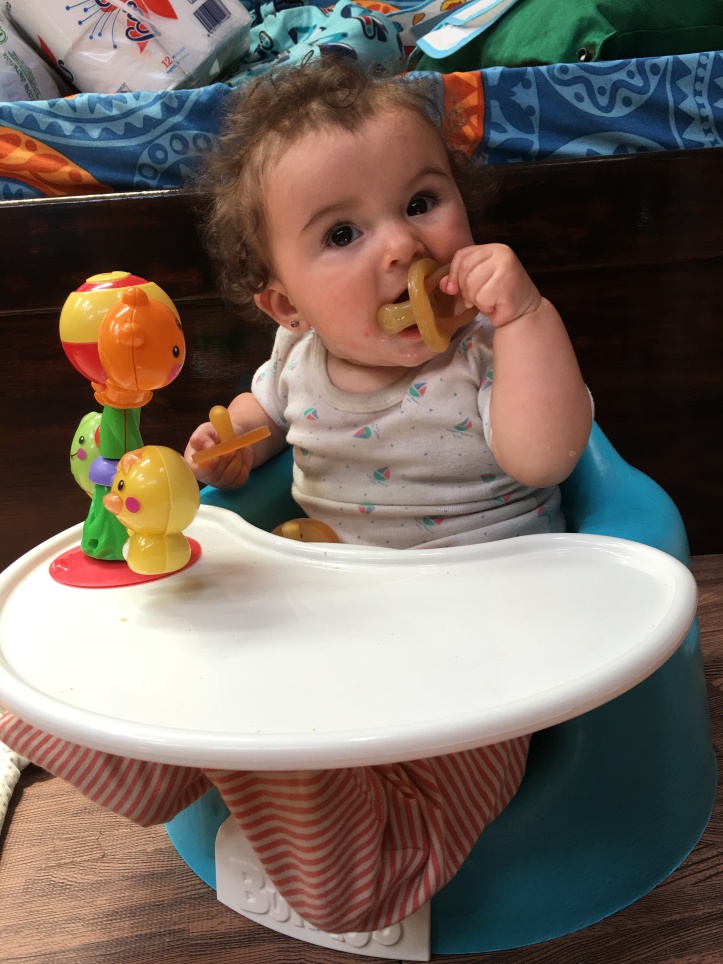 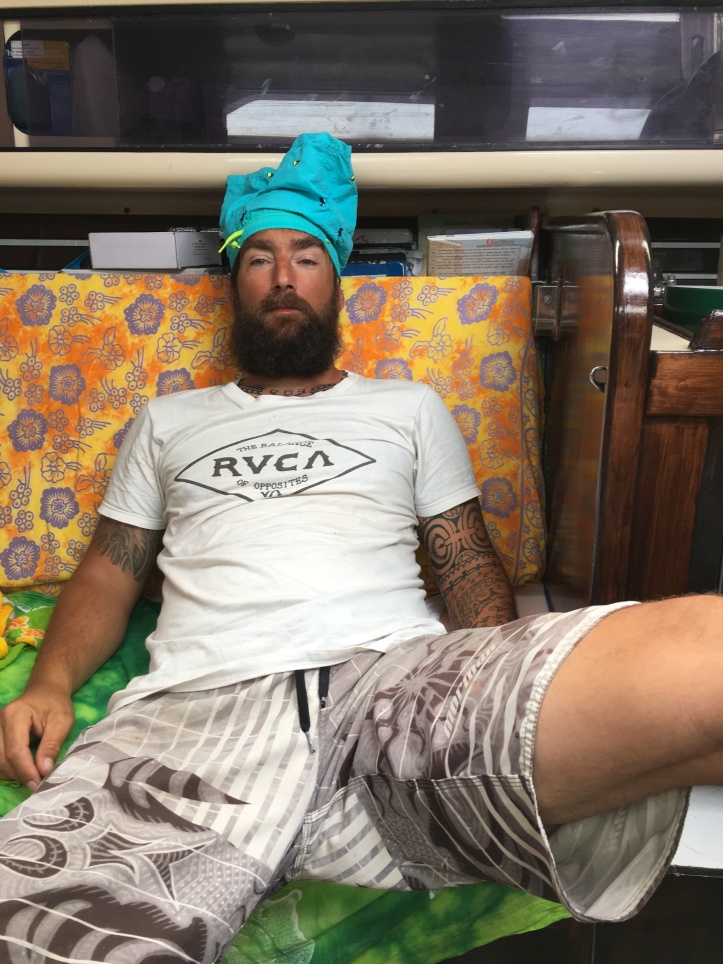